Ahead of the hearing, WVP Action launched “Pockets” in Colorado, which will run on television and digitally starting tomorrow, Wednesday, March 27th and will run into next week. 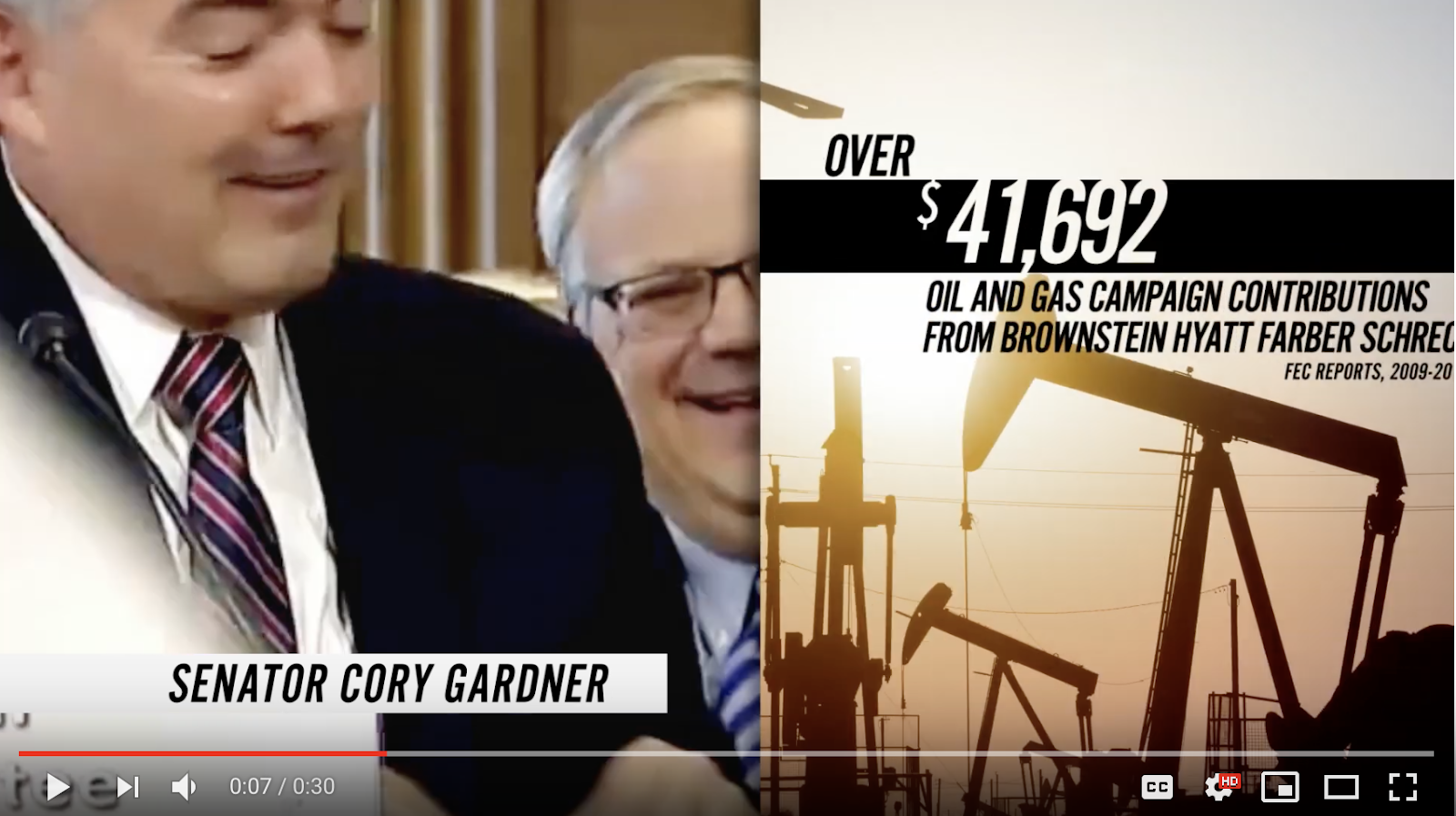 “Senator Gardner’s constituents need a Department of Interior that will fight for our public lands and preserve our Western way of life,” said Jayson O’Neill, Deputy Director of the Western Values Project Action. “David Bernhardt has spent much of his career working as a mega-lobbyist before working on behalf of special interests in senior government posts. Time and again, Bernhardt has sold out the West by helping his former clients and other special interests that have had negative impacts on Western states. We need Senator Gardner to stand up for his constituents and oppose Bernhardt’s nomination.”

The advertisements note how past lobbying ties and policies pushed by Bernhardt have had direct impacts on Colorado, including:

The ads come a week after WVP released polling from Colorado which found that voters’ strong opposition to Senator Gardner voting to confirm Bernhardt as the next Interior Secretary.

Previously, Western Values Project launched, www.DavidBernhardt.org, a comprehensive resource of primary source materials and background on Bernhardt’s work as a mega-lobbyist and how he used his position to help special interests.